DMOARTS is pleased to announce Taezoo Park's first solo exhibition in Japan, "New Era" at THE STORIES (Osaka, Japan).
In collaboration with "SOEUL×TOKYO collection" to be held at the same venue, the event "KOREAN ART Relations" will introduce artists with a cultural background in Korea.
Korean-born, New York-based artist Taezoo Park has created a series of highly acclaimed works called "Digital Being," each with its unique character.
Park brings a light of curiosity and communication to a new era giving old forgotten devices new technology with his interactive styled works, respond to the viewer's actions. 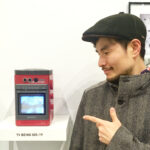 Taezoo Park is an artist whose work explores analog and digital technologies. Park pushes new artistic forms through his unique use of digital codes, emphasizing the existent 'character' within an abandoned and forgotten technology. He calls it "Digital Being" and continues a series of work.
Along with him, "The Digital Being" was introduced by the major media including ABC news, BBC news, and exhibitions such as ACM Interactions, ACM SIGGRAPH Digital Arts Community, ACM SIGGRAPH Asia, Children's Museum of the Arts New York, Open Journal System: Continent, and so on.
His recent interactive installation, "Digital Being: Rebirth", is on display at the 3 World Trade Center from November 2020 to November 2021.
http://www.taezoo.com 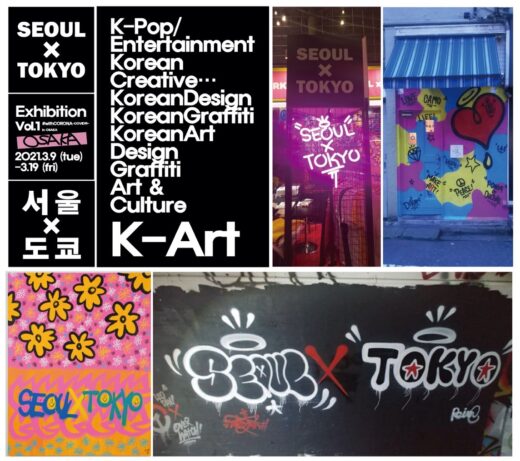 DMOARTS, an art gallery produced by the art project “digmeout,” was established at JR Osaka Mitsukoshi Isetan in 2011.
Along with planning unique exhibitions, the gallery has been providing occasions such as live paintings and workshops to expand the artist’s possibilities.
Since introducing Japanese artists to the world is one of our essential mission, we have participated in overseas art fairs actively.

The parent project digmeout belongs to Osaka’s No.1 radio station FM802 / FM COCOLO has been “digging out” and raising young artists for more than twenty years.
digmeout has been sending out talents to the world through organizing genreless international art fair “UNKNOWN ASIA,” the closest to creators from ten Asian countries and areas.